Control Over the Current Playback with Kaseto 1.1

Kaseto 1.1 introduces a new menu item in the navigation bar: “Now Playing”. There you can see all songs that have been enqueued for playback. Songs can be reordered by drag and drop to change the order of playback. It is also possible to remove songs from the current playback via the remove action in the context menu, which can be opened by clicking the right mouse button on a single song or a selection of multiple songs. 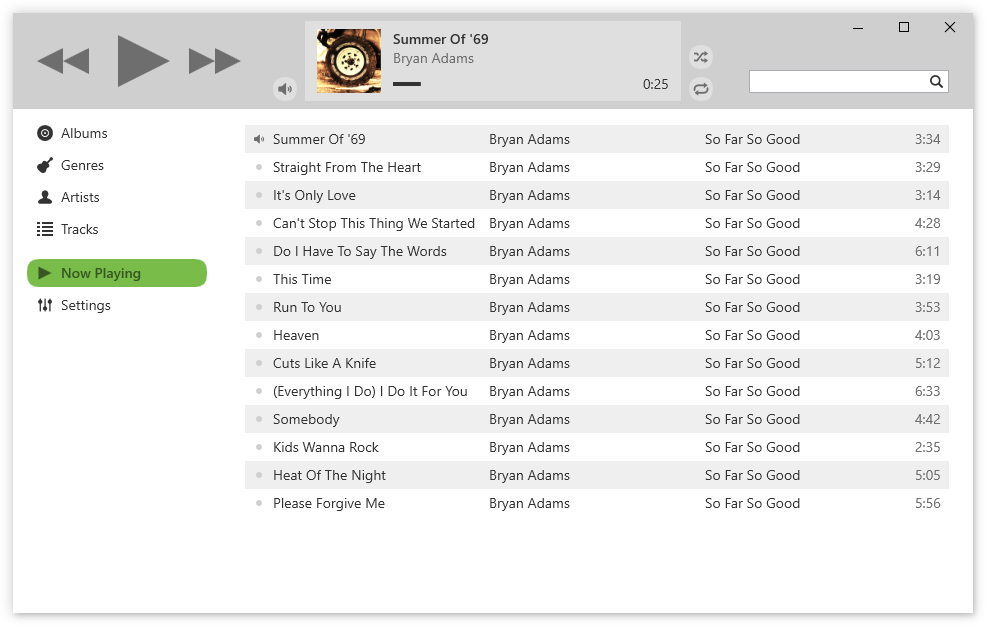 The integrated full text search in Kaseto 1.1 can handle names that contain digits. For example, in previous versions of Kaseto you could not search for “1973” to find the song “1973” by James Blunt. This works finally with the newest version.

Furthermore there were several bug-fixes, which mainly concern the selection of multiple songs and updating after changes.