Three quarters have passed since the release of the last version of Kaseto. And now it is finally time to announce that Kaseto 2.0 is released! The focus of the development of version 2.0 was on fault tolerance, stability and a careful modernization of the user interface. 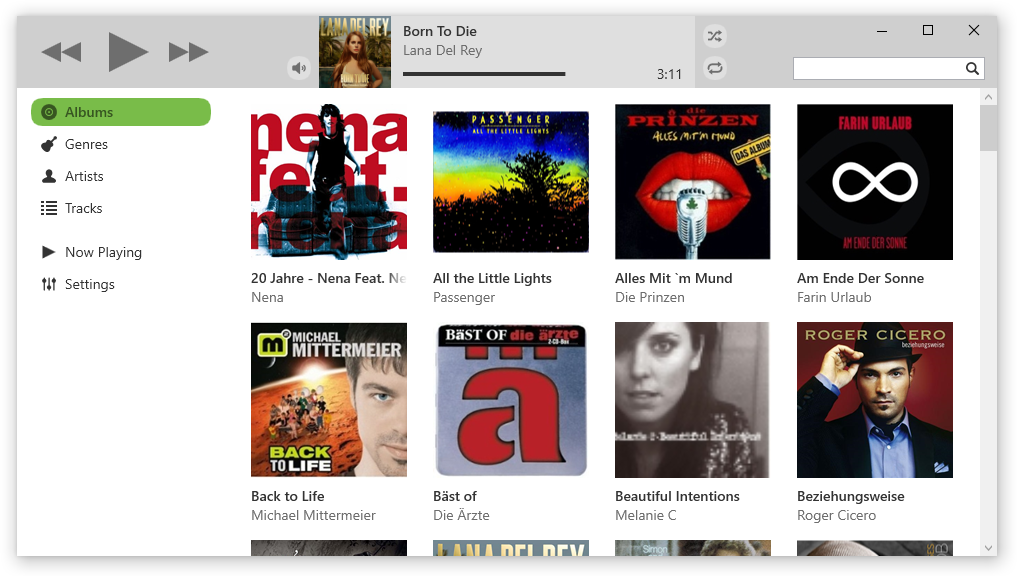 First of all, it is certainly noticeable that the grey header of Kaseto has become slimmer. The new header does not only look more modern; it also leaves more space for the actual music collection. The border around the light gray block with the playback information has been completely removed and the dark gray control buttons are now slightly smaller and less prominent. Overall, Kaseto 2.0 looks cleaner.

The engine for reading metadata and tags from audio files has been replaced by a new version of TagLib#. The new version can handle corrupt audio files and incorrect metadata and tags better. Depending on the source of supply, there were consistently problems with the old engine. In many cases, the new engine can ignore errors and still process the corresponding audio files. By enabling Kaseto 2.0 to ignore system directories, it was possible to speed up the reading of new and modified audio files.

The new version also contains some minor bug fixes. New features in version 2.0 were deliberately omitted. For Kaseto 2.1, the focus will again be on new features. For example, comfort features for creating new playlists and sorting the music collection are planned.